“While I believe that everything should be considered when we look for cost savings, it is tough to identify an educational program with a higher return on investment than early childhood education.” – Virginia Senator Tim Kaine

With each week, the chorus of support for early childhood education grows louder. 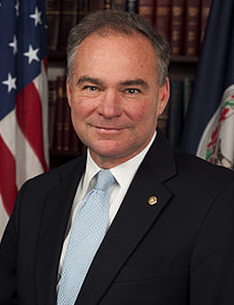 Sen. Tim Kaine (D – VA) is the latest to join the movement. You may have seen his inspiring op-ed published Saturday, Nov. 23 that spread to publications across the country. In it, Kaine related his own personal story of the power of public pre-k programs in Virginia.

“The positive impact that a public, comprehensive pre-K year had on my daughter made me a true believer in the power of early childhood education,” Kaine wrote in expressing his support for the Strong Start for America’s Children Act. Then the former governor referenced the false choice the early education debate is so often framed by:

As governor, I had to make tough decisions to invest in early childhood education programs while cutting nearly $6 billion in spending to balance the budget during a recession. Even in a time of tough cuts, I worked with legislators, educators and business leaders to expand the Virginia Preschool Initiative… While I believe that everything should be considered when we look for cost savings, it is tough to identify an educational program with a higher return on investment than early childhood education.

Kaine’s comments speak to a broader point – that it’s time for Congressmen on both sides of the aisle to look beyond election or news cycles and ahead to real, long-term economic growth.

Parents, like Chicago’s Mesha Exam, recognize that well-designed early education programs can give children the foundation for academic excellence in even the nation’s most impoverished, neglected neighborhoods.

Researchers, in study after study, have boiled the early education debate down to just a few crucial questions:

These are not questions of political gamesmanship or even of saving taxpayer dollars. Rather, these are questions of where we want to spend those dollars.

We pay for progress, or we pay for mistakes. Either way we pay, but as Sen. Kaine knows, when we pay for our children’s first five years, we reap tremendous rewards.

“Ninety percent of brain development occurs before a child’s fifth birthday,” he writes. “Without early education programs that serve children under the age of five, our education system neglects children during the years its effects could be most significant.”

When we invest in a strong start for students, they are less likely to repeat a grade, more likely to finish high school, and more likely to overcome developmental disabilities. Their parents are more likely to pursue careers and continuing education for themselves, and families long relegated to generational poverty instead take a generational step ahead.

It’s time for America to get back to one of our bedrock principles: that each successive generation should live a life better than the generation that came before it. Funding early childhood education is one of the most important steps we can take to get there.