While partisanship loomed large over much of the 115th Congress, one issue brought Democrats and Republicans together in both the House and Senate: early childhood education. Bipartisan lawmakers, under Republican leadership in both chambers of Congress and in partnership with a Republican administration, made historic gains for children from birth through age five, achieving much of what was proposed in FFYF’s 2016 Policy Framework.

However, throughout the 115th Congress, there have been major policy, programmatic and funding advancements on behalf of America’s young children. These gains would not have been possible without the strong leadership of lawmakers on both sides of the aisle who were willing to put political affiliation aside and work together on policies that are proven to support the education and development of children from birth through age five – particularly those from low-income families.

Key achievements during the 115th Congress include: 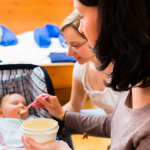 In February of 2018, Congress passed a bipartisan budget bill, which included an agreement to increase domestic spending caps and contained substantial victories for America’s young children from birth through age five. Notably, the MIECHV program, which expired in September of 2017, was reauthorized for five years, alongside other health extenders. This critical program provides funds to states and local grantees for developing and implementing voluntary, evidence-based home visiting programs to support families experiencing poverty, substance abuse disorder, geographic isolation, or other risk factors.

Bipartisan legislation to reauthorize MIECHV had been introduced previously in both the House and Senate. However, the politics and partisanship that surround much of Congress’ legislative agenda had kept lawmakers from addressing the urgent need to renew this vital and popular program, as well as the Children’s Health Insurance Program (CHIP). Thankfully, Republicans and Democrats came together to negotiate MIECHV reauthorization legislation that extended the program for five years with double funding. 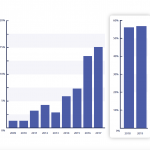 A deal made by Senate Majority Leader Mitch McConnell and Minority Leader Chuck Schumer as part of negotiations on the FY 2018 budget bill resulted an increase of $2.37 billion for the Child Care and Development Block Grant (CCDBG) program above FY2017 levels – effectively doubling the program’s discretionary funding. Congress then appropriated an additional $50 million dollars for CCDBG in the bipartisan FY2019 funding bill.

Historically, federal child care programs were viewed primarily as a workforce support, to help low-income families work or attend school. As understanding about the importance of early learning and development has grown, however, policymakers realized that child care programs that enable parents to work also play a crucial role in supporting children’s healthy development, learning, and school readiness. A bipartisan reauthorization of the CCDBG Act in November 2014 codified that recognition and takes steps to support care that positively impacts children during their formative years while also allowing parents to enter into and remain in the workforce.

Now, with the historic funding increases approved in the FY2018 and FY2019 bills, states will be able to begin implementing these important quality improvements and ensure children are experiencing the high-quality care that is proven to prepare them for school and build a foundation for a lifetime of success. 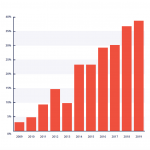 There are more than 1,600 local Head Start programs operating across America, in every state and Congressional district in the country. In light of this there is significant diversity across the communities in which the program operates—rural, suburban, urban, migrant and seasonal, and those found on American Indian and Alaskan Native (AIAN) reservations. While all Head Start programs must provide a continuum of high-quality early learning, health, nutrition, and family engagement and support services, and meet common quality standards outlined in the Head Start Performance Standards, programs also have flexibility to customize Head Start services and program models based on the needs of families in specific local communities.

Renewal of the Child and Dependent Care Tax Credit 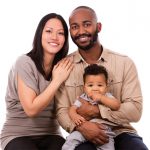 As part of a major overhaul to the tax code in 2017, bipartisan lawmakers were successful in preventing the Child and Dependent Care Tax Credit (CDCTC) from being eliminated amid efforts to flatten the code driven by outside influence. In fact, a number of competing priorities put the fate of the CDCTC in jeopardy, including the threat of elimination in the name of flattening the code, concerns the credit would be rolled into other credits not specifically related to the cost of child care, and a lack of clarity from the White House about their priorities. The House preserved the credit in the final days of Committee negotiation, after it was reportedly eliminated in the framework released by Leadership. Then, bipartisan leaders in the Senate prevailed in maintaining the CDCTC as part of the tax code.

A bipartisan group of lawmakers who understand the struggles many families face with the cost of child care, have introduced legislation in the House and Senate – the “Promoting Affordable Childcare for Everyone (PACE) Act” – that would expand the CDCTC and make it refundable to reach more low-income families with a lower tax liability.

Funding and Implementation of the Preschool Development Grants Program 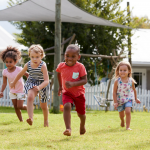 The Administration for Children and Families (ACF) at HHS, in consultation with the Department of Education, has begun the process of implementing the new Preschool Development Grants Birth Through Five Program. Authorized under the bipartisan Every Student Succeeds Act (ESSA), the $250 million PDG B-5 program will support improvements to states’ existing early childhood system by building on federal, state, and local investments in early learning and care for children from birth through age five. These competitive grants will also provide states with funding to enhance coordination among existing early care and learning programs in a mixed delivery model.

When ESSA became law in December of 2015, it authorized the creation of this new Preschool Development Grant (PDG) program, demonstrating a deliberate effort to foster connections across early learning programs and between the early learning and K-12 systems within states. The name “Preschool Development Grant” was previously used for similar federal grants (Legacy PDG) created by the Obama administration and issued under the American Recovery and Reinvestment Act of 2009. However, the new PDG B-5 grants are an innovative bipartisan program created by Congress, and are distinct across purpose, eligibility, duration, matching requirements, use of funds and reporting requirements.

It is important to note that each year since the program was first authorized, Congress as appropriated funding while the federal agencies – under Presidents Obama and Trump – work to implement and distribute the grants to states.