The Preschool Development Grant Birth through Five (PDG B-5) program is a $250 million competitive federal grant designed to improve states’ early childhood systems by building upon existing federal, state, and local early care and learning investments. PDG B-5 was established in 2015 through the bipartisan Every Student Succeeds Act (ESSA), which reauthorized the Elementary and Secondary Education Act (ESEA). 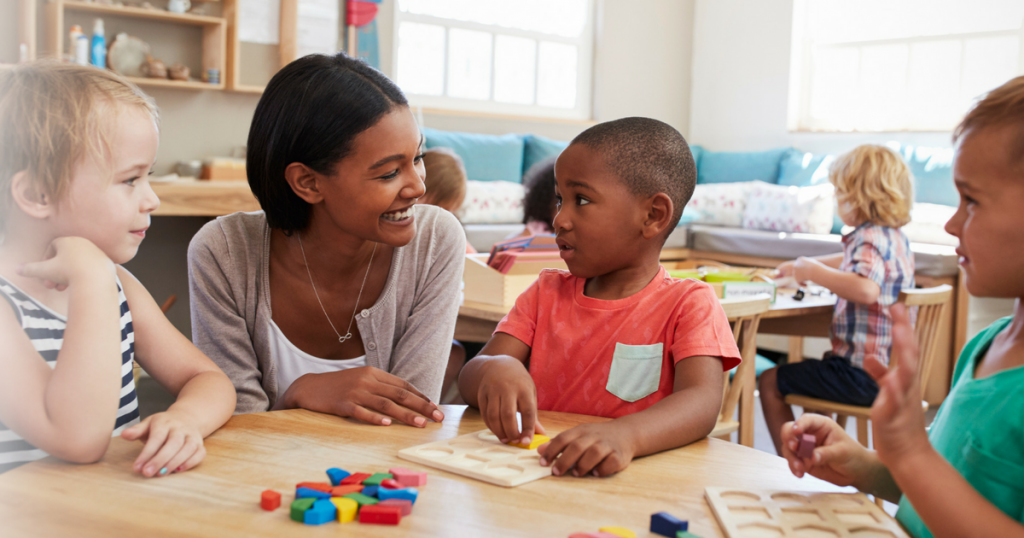 The grants encourage states to focus on five major activities including: aligning existing programs, maximizing parental choice, building on the success of existing programs, fostering partnerships among stakeholders, and leveraging data for continued improvement. This funding offers unique opportunities for states to consider the full range of programs, services, and funding streams that support children birth through age five and their families and empowers states to improve their systems.

The first year of the PDG B-5 grants in December 2018 awarded 46 states one year funds to conduct a state-level needs assessments and create a strategic plan that optimizes existing early childhood education (ECE) resources. Due to overwhelming interest from states, the Administration for Children and Families (ACF) negotiated with 39 of the 46 grantees to reduce their scope of work and take reduced funding in order to provide more states with grant opportunities.

In December 2019, after an incredibly competitive review process, ACF awarded 20 renewal grants out of the 46 initial grant recipients. Additionally, 6 new states and territories were awarded initial planning grants. Recognizing the potential impact and the tremendous interest from states and territories, Congress appropriated an additional $25 million in funding for PDG B-5 as a part of the FY20 Budget. With this new funding, ACF was able to extend three additional renewal grants in the spring of 2020, bringing the total number of implementation grants to 23.

While ESSA established the PDG B-5 in statute, funding for the program is contingent on the annual Congressional appropriations process. As states and territories launch and sustain their implementation efforts, continued Congressional support is imperative and will allow states to implement their plans with fidelity. .

On December 20, 2019, 20 states and territories were awarded three-year renewal grants to implement the strategic plans they developed using first-year planning grants awarded in 2018. Additionally, 6 states and territories that did not previously receive PDG B-5 funding, were awarded initial planning grants to complete needs assessments and strategic plans.

On April 29, 2020, the Administration for Children and Families (ACF) at the Department of Health and Human Services (HHS) announced that South Carolina, Nebraska, and Kansas were awarded three-year renewal grants because of the additional funding appropriated by Congress in FY20. These additional awards brought the total renewal grants to 23 states.

In October 2020, ACF released a renewal grant application for the six jurisdictions that received initial PDG B-5 funding in December 2019.

Click here to view funding levels of other early childhood education and care programs for FY20.

Note: Prior to ESSA, Congress appropriated funding for a different Preschool Development Grants program, now referred to as the Legacy PDG, and the U.S. Department of Education made grants to states in 2015 and 2016. These grants provided much-needed funding for state development and expansion of access to high-quality pre-k for 4-year-olds from low-income backgrounds. While the Legacy PDG helped grantees expand early learning, PDG B-5 is distinct from Legacy PDG across purpose, eligibility, duration, matching requirements, use of funds, and reporting requirements.

This website uses cookies to improve your experience while you navigate through the website. Out of these, the cookies that are categorized as necessary are stored on your browser as they are essential for the working of basic functionalities of the website. We also use third-party cookies that help us analyze and understand how you use this website. These cookies will be stored in your browser only with your consent. You also have the option to opt-out of these cookies. But opting out of some of these cookies may affect your browsing experience.
Necessary Always Enabled

Performance cookies are used to understand and analyze the key performance indexes of the website which helps in delivering a better user experience for the visitors.

Analytical cookies are used to understand how visitors interact with the website. These cookies help provide information on metrics the number of visitors, bounce rate, traffic source, etc.

Advertisement cookies are used to provide visitors with relevant ads and marketing campaigns. These cookies track visitors across websites and collect information to provide customized ads.

Other uncategorized cookies are those that are being analyzed and have not been classified into a category as yet.