Did you see the front page of today’s New York Times? 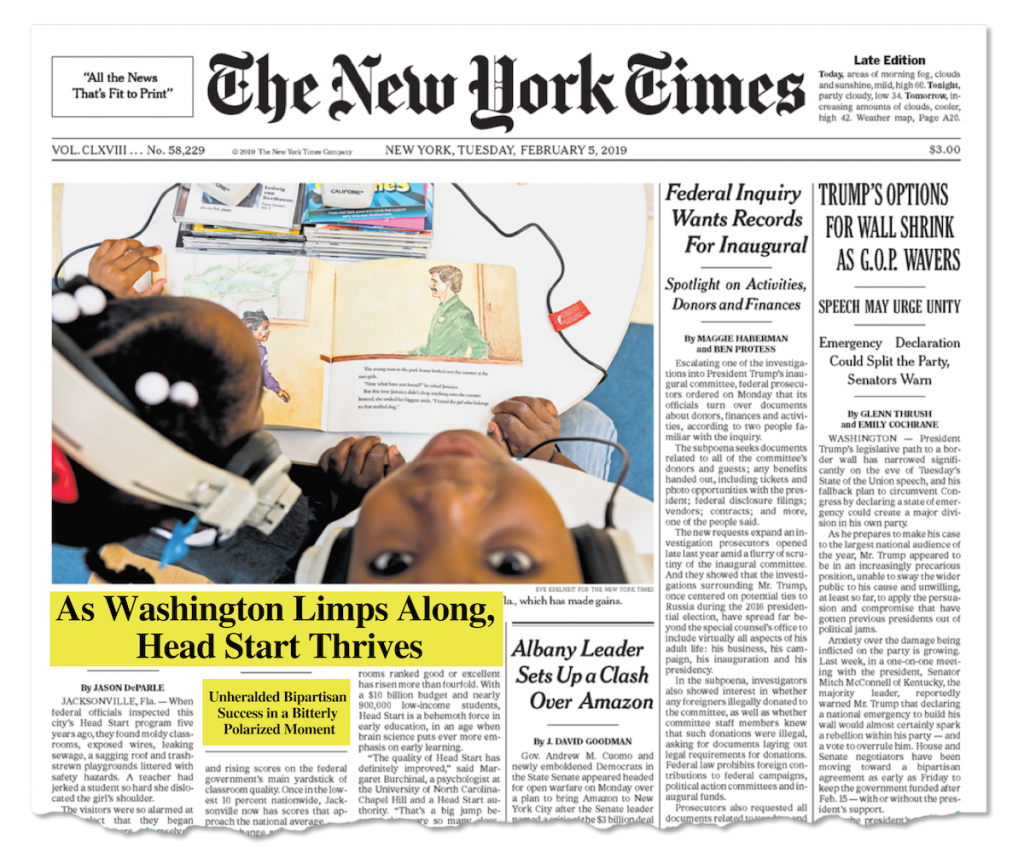 Featured prominently — A1 above the fold — was an article about the undeniable success of the Head Start program, and the bipartisanship that has led to substantial quality and funding increases recently.

“The quality of Head Start has definitely improved,” said Margaret Burchinal, a psychologist at the University of North Carolina-Chapel Hill and a Head Start authority. “That’s a big jump because there are so many classrooms involved. To make that much improvement across the whole country is pretty amazing.” 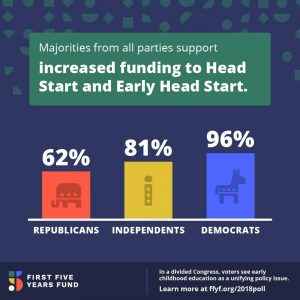 As the article states, “Despite its roots in President Lyndon B. Johnson’s War on Poverty, Head Start, which was founded in 1965, has long attracted support from both Republicans and Democrats.” And FFYF’s latest national poll shows that an overwhelming majority of American voters today (82 percent) support providing greater funding to Head Start and Early Head Start, including 62 percent of Republicans, 81 percent of independents, and 96 percent of Democrats!

Click here to read the article in the New York Times, and click here to learn more about the Head Start program on the FFYF website.