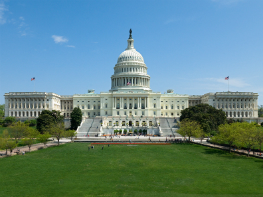 Yesterday, the House Committee on Appropriations convened to markup the FY2019 funding bill for Labor, Health and Human Services, Education and Related Agencies (L-HHS). After considering upwards of 50 amendments, the full committee approved the bill by a vote of 30 – 22 along party lines. The L-HHS Subcommittee oversees funding for the core early childhood education (ECE) programs. In a year with tight caps on the 302(b) allocation, vital ECE investments have been allocated sustained or increased levels in the FY2019 House bill.

In his opening remarks, L-HHS Subcommittee Chairman Cole (R-OK) emphasized the importance of supporting young children in the L-HHS bill: “I’m a big believer that early intervention in the life of a child can pay huge dividends down the road. To that end, Head Start receives a $50 million increase, Preschool Development Grants are continued at $250 million dollars and child care programs are continued at the historic levels contained in the FY18 omnibus.” Appropriations Chairman Frelinghuysen (R-NJ) also highlighted the importance of early childhood education in his opening remarks: “L-HHS funds critical programs, it’s often called the People’s Bill. The bipartisan caps deal recognized the importance of spending on domestic programs that reflect American values…the legislation also includes funding that will help prepare the next generation of Americans to be a productive part of the workforce. This includes funding for important programs like TRIO and early childhood education that start children off on the right foot.”

Both Full Committee Ranking Member Lowey (D-NY) and Subcommittee Ranking Member DeLauro (D-CT) called back to their support of the bipartisan FY2018 spending bill, asserting their opposition to the FY2019 House bill due to insufficient funding increases for L-HHS programs and the family separations taking place at the U.S.-Mexico border. The committee approved eighteen amendments, several of which passed with bipartisan support.

The core early learning programs are allocated the following levels in the House bill for FY2019:

Child Care and Development Block Grant (CCDBG)
Through subsidies to states, CCDBG serves 1.4 million children annually, and allows parents to work while their children attend child care that promotes learning and healthy development. The increase in spending for CCDBG will equip states to implement the new regulations and help to ensure children benefit from high-quality early learning and care.

As a result of the two-year budget deal that included an unprecedented increase in base funding for CCDBG, the House FY2019 allocation for CCDBG is level with FY2018 which amounts to an increase of nearly $5.9 billion over the 2 fiscal years.

Funding for the new Preschool Development Grants is level with FY2018 in the House bill.