Children at the Border Are Being Traumatized

Thousands of migrant and refugee children have been separated from their families at the southern border as a result of the current “zero-tolerance” immigration policy that requires government officials prosecute as many cases of illegal entry and reentry as possible.

When parents are taken into criminal custody, their children — many, just infants and toddlers — are taken away from them and detained in separate facilities as unaccompanied minors. The enduring emotional and psychological harm this does to these children cannot be overstated. 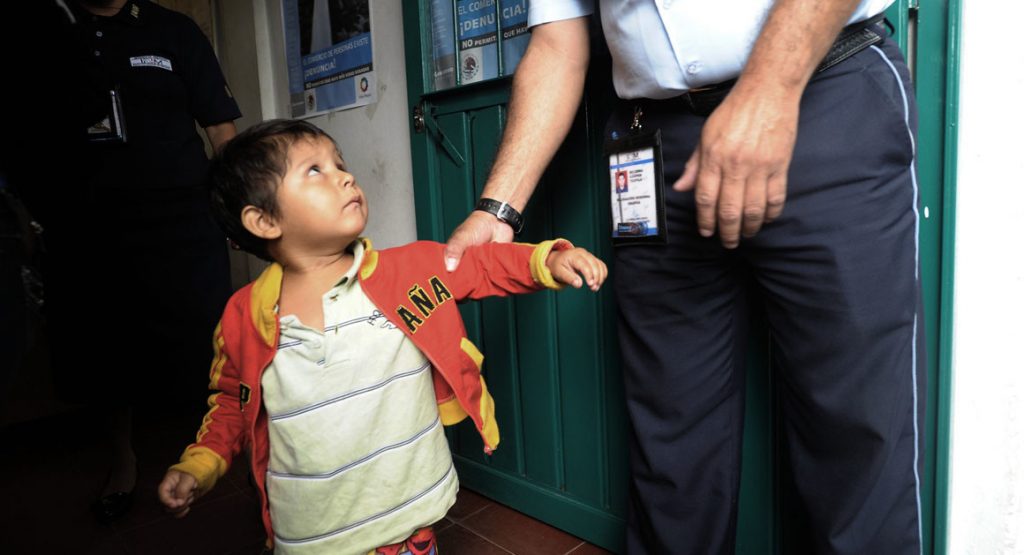 “Highly stressful experiences, including family separation, can cause irreparable harm to lifelong development by disrupting a child’s brain architecture,” according to Devin Miller of the American Academy of Pediatrics. “Toxic stress, which is caused by prolonged exposure to heightened stress, has detrimental short- and long-term health effects.”

To make things worse, officials inspecting a child detention center recently near El Paso, TX, described deplorable circumstances in which these children are being held. Many had no adult caring for them, leaving children to care for those younger or more vulnerable than themselves.

Most of the young detainees have not been able to shower or wash their clothes since they arrived at the facility, those who visited said. They have no access to toothbrushes, toothpaste or soap.

As our friends at ZERO TO THREE make clear, “there is a common misperception that babies are too young to be affected by the events around them. In truth, at the very foundation of babies’ development, intense trauma almost inevitably creates physiological damage to their brains and emotional damage that they will carry into the future – particularly if their needs are not met appropriately and immediately.”

First Five Years Fund whole-heartedly condemns this inhumane treatment of children, along with the separation of families as a tactic to deter migrants and refugees from entering the country. We call on the Trump administration to end this nightmare immediately.

Many of our partner organizations and other child welfare groups have created resources aimed at supporting the children being detained at the border. We invite you to share these in hopes of creating better conditions for the kids until they are reunited with their families.

Child Trends: Supporting Children and Parents Affected by the Trauma of Separation
“We call attention to the critical need that still exists: to support immigrant families who have been negatively affected by the trauma of separation, and who will likely continue to experience considerable adversity in the future, even if reunited with their loved ones.”

ZERO TO THREE: Three Priorities for Babies at the Border
“The Administration’s recent extreme changes to immigration policy and practice have focused attention on the life-altering experiences of families with children crossing the border. As debate continues about how these families should be treated, ZERO TO THREE brings decades of research and expertise in child development to focus on the impacts of proposed and realized immigration practices on the youngest children.”

Save the Children Action Network: Children Deserve Safe, Sanitary Conditions in Detention Centers
“No child should experience such neglect – and especially not by our own government. We must speak up and demand action from the Trump administration and Congress today!”

Erikson Institute: Erikson’s Ongoing Commitment to the Youngest Detainees
“In light of renewed calls for increasing deportations of undocumented immigrants, as well as the Trump administration’s proposal to cut programs and services for detained children, the Erikson community affirms our opposition to the separation of any child from a parent or caregiver, and we are growing our role in addressing the urgent developmental needs of the youngest detainees.”

Dr. Jack Shonkoff, Harvard University Center on the Developing Child: Congressional Testimony
“Sudden, forcible separation of children from their parents is deeply traumatic for both the child and the parent. Above and beyond the distress we see “on the outside,” this triggers a massive biological stress response “inside” the child, which remains activated until the parent returns and provides comfort. Continuing separation removes the most important protection a child can possibly have to prevent long-term damage—a loving adult who’s totally devoted to his or her well-being.”

Save the Children: Helping Children at the Border
“Our work at the border is focused on delivering immediate humanitarian aid to newly arrived children and families. In partnership with our political advocacy arm Save the Children Action Network, we continue to advocate for children, speaking out against violations of children’s rights at the border. And currently, we are supporting transit shelters that care for newly arrived children and families after being released by U.S. Customs & Border Patrol.”